View our frequently asked questions below. Please scroll to end for questions specific to a restaurant. If you have a question that is not listed below, please email us at reservations@rockpoolbarandgrill.com.au for Sydney or Melbourne locations or perthreservations@rockpoolbarandgrill.com.au for Perth location. Let us know which restaurant you are interested in visiting.

Make a Booking
What is the suggested attire for the restaurant?

Our dress code is smart-casual.

Do you have Vegan/ Vegetarian/ GF / coeliac options?

First and foremost, we are a steakhouse, and are renowned for our beef and seafood credentials. For that reason, our vegan options are limited. We can, however, cater for most other dietary requirements. Please make note of your special dietary requirements when you make your online booking, and let your server know once you have been seated.

Can we bring a birthday/anniversary cake? Do you charge cakage?

We have a range of delicious handmade desserts at Rockpool including our all-time favourite Catherine’s Passionfruit Pavlova, not to forget that Head Chef Brendan Owens was a former Pastry Chef, so you are in good hands. If you prefer to bring your own cake for a celebration, we charge a $5 cakage fee.

Rockpool is a licensed restaurant with a phenomenal wine and bar beverage list. We don’t offer a BYO service.

Are your meats halal?

We have halal-certified meat on the menu, however there is no separate halal preparation space in our kitchens.

Yes, we do at all of our restaurants.

Do you have highchairs?

We do not have high chairs at any of our restaurants.

Do you sell gift cards?
Gift cards can be purchased online.
What gift cards do you accept?

We require a credit card to guarantee a reservation, and we will charge a $50 per person no show fee for cancellations made within 24 hours of your booking time. This includes amendments to the number of guests attending.

I am trying to call the restaurant and can’t get through, what do I do?

We do not take bookings in the bars of any of our restaurants.

I want to organise a special event, how do I start?

Do you require a credit card to confirm a reservation?

Yes, we require a credit card to guarantee a reservation, and we will charge a $50 per person no show fee for cancellations made within 24 hours of your booking time. This includes amendments to the number of guests attending.

Who is your head chef at Rockpool Sydney?

Santiago Aristizabal is our Head Chef at Rockpool Sydney. Santiago joined the Sydney team in 2009 as a casual chef on a student visa. The Colombian national has proven himself an integral part of the team, working his way up to Sous Chef then Head Chef. Considered by his fellow chefs as an excellent all-round culinary professional, and Rockpool Bar & Grill Sydney’s resident beef expert, Santi is an exceptional team leader. Corey Costelloe is the Culinary Director across Hunter St. Hospitality premium restaurants, including all three Rockpool restaurants.

With an emphasis on excellent produce and a precise and attentive service style, the adjoining bar is the perfect spot for pre or post-lunch and dinner drinks, or more relaxed dining experience.

Who is your head chef at Rockpool Melbourne?

Declan Carroll is our Head Chef at Rockpool Melbourne. Declan worked in his first kitchen when he finished school, before heading to the kitchens of France for a year when he was 17 years old. He has a history with Rockpool, first working at Rockpool Melbourne as a Chef de Partie in 2012, then again as a Sous Chef in 2015. His chef travels in Melbourne have also taken in Bistro Guillaume, The Press Club and he led the opening kitchen team of Angus & Bon. Corey Costelloe is the Culinary Director across Hunter St. Hospitality premium restaurants, including all three Rockpool restaurants.

Rockpool Bar & Grill Melbourne was inspired by the great steakhouses of North America. With an uncompromising focus on excellent produce – in particular the meat program – beef sourced from only Australia’s very best producers, an outstanding wine list and sharp and enthusiastic service, this is a dining venue that offers a refined yet relaxed experience…the menu is simple and uncomplicated, the room luxurious.

Who is your head chef at Rockpool Perth?

Brendan Owens took over the reins as Head Chef at Rockpool Bar & Gill Perth in August 2021.
It followed a decade-long commitment to desserts for Brendan, who previously juggled Head Pastry Chef as well Senior Sous Chef responsibilities at Rockpool.

Prior to joining the Rockpool fold, Brendan was Head Pastry Chef at Melbourne’s Vue De Monde for three years.  He has also worked at 2am: dessertbar in Singapore, as well as Restaurant Amusé in Perth. Corey Costelloe is the Culinary Director across Hunter St. Hospitality premium restaurants, including all three Rockpool restaurants.

Rockpool Bar & Grill Perth is a unique steakhouse concept, combining an impressive dining room, an open kitchen with its signature wood fire grill, a menu with an uncompromising focus on excellent produce and an extensive wine list showcasing 1350 wines from Australia and the World. This is entwined with informed and efficient service.

We look forward to seeing you soon! 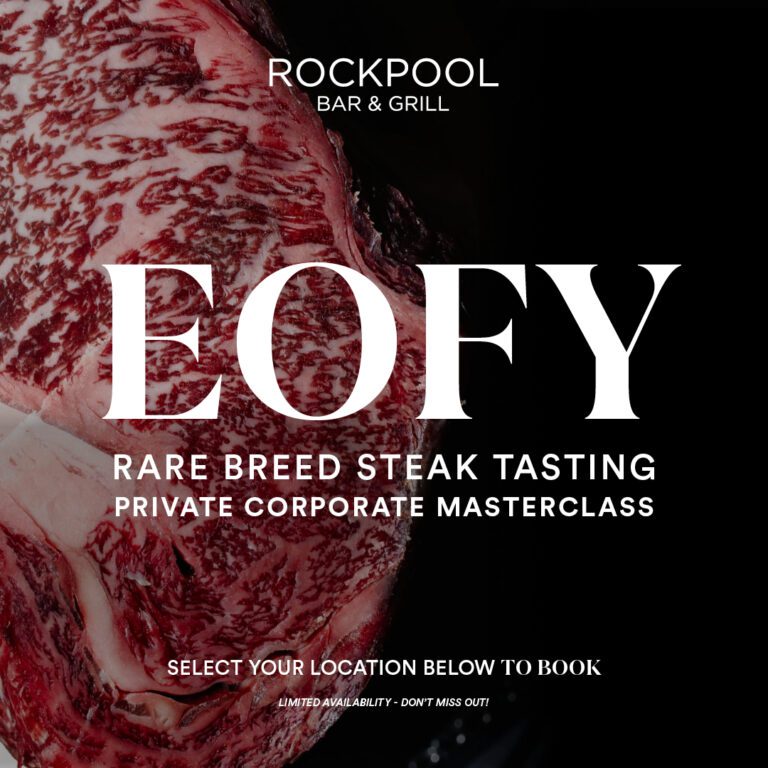